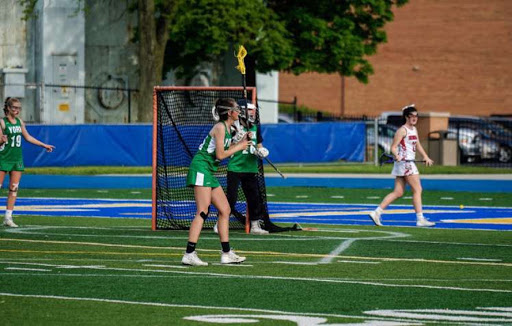 Senior Ellie Bernard is ready to play as she is looking for a pass from her team during her sophomore year against Hinsdale Central in a sectional game, but ended in a tough loss by one in overtime. “Being a senior this year requires a lot of responsibility. Each year seniors take on a big leadership role and have a lot of input on how to run the team. My goal for this year is for it to be our team’s most successful season, and I believe it’s very possible,” Bernard said. (Photo courtesy of Ellie Bernard)

Senior Ellie Bernard is ready to play as she is looking for a pass from her team during her sophomore year against Hinsdale Central in a sectional game, but ended in a tough loss by one in overtime. “Being a senior this year requires a lot of responsibility. Each year seniors take on a big leadership role and have a lot of input on how to run the team. My goal for this year is for it to be our team’s most successful season, and I believe it’s very possible,” Bernard said.

When this year began, students, parents and faculty members alike were constantly in the dark about what the next week or even the next day would bring. In addition, this year has brought an abundance of nail-biting and anxiety-inducing moments for York athletes. As the final sports season begins on April 5, many athletes feel at ease as their season begins. For many of them, they are crossing their fingers and hoping to have their first complete season since the 2018-2019 school year.

“The entire team and I could not be more grateful to have a season this year,” senior and varsity Lacrosse player Ellie Bernard said. “After having so much taken away from us, it was such a relief when we found out we would finally get to play together again.”

Like many of these teams, both the boys and girls lacrosse teams haven’t completed a season since 2019. With many of the athletes being away from their sports for so long, they are nothing but ready to be back with their teams and competing again.

“It will obviously be different with COVID-19 and no out of conference games, but we have all our would have been starters from last year returning this year as well as our captains which is unique and will help immensely,” senior volleyball player Jake Wiggins said.

Wiggins, along with many other York athletes, will continue playing in college; however, for those seniors who are playing their final season, they are making the most of what they are able to do. With social distancing advised for every team and masks currently required for the last sports that were in season, it is unknown as to what the new mitigations will be for this season if there are any.

“Keeping a distance from all my teammates will be very different,” senior track and field member Dasha Brooks said. “Just not having normal practices or meets will be very difficult and different especially since it’s my last year.”

York athletes had varying reactions when it came to news of their seasons, especially those who weren’t used to participating in the spring season. With wrestling having the latest start date of April 19, the logistics of each season differ along with the emotions of every participating member.

“Having a season is super important to me because we are seniors who love competing, we should be able to do what we love one last time,” senior wrestler Emily Ebsen said.

“We’re going to have to accommodate for the pandemic but I’m hoping bus rides and team bonding can have the same energy as in past years,” senior lacrosse player Jenna Hughes said.

Team bonding has always been a crucial part of any team experience. With the tradition of pasta parties and hangouts outside of practice, it is becoming hard for some athletes to adjust to finding new ways of having chemistry with their teammates.

“I think this season will go by really fast because it goes by fast in a normal year, but now with an even shorter season, I think it will fly by,” senior soccer player Clare Matthews said. “Unfortunately, I think it might be harder for the team to bond than it has been in past years since we probably won’t be able to do things outside of practice, like team dinners, which is usually really helpful for getting to know my teammates.”

For many athletes, the constantly changing mitigations surrounding masks, practices and spectators change the entire atmosphere in which they compete. While this may add to the list of abnormal things caused by the pandemic, most are just excited about some form of normalcy being created by the start of the spring sports season.

“It helps me finally have a somewhat normal year through all the challenges we faced from last year up until this point,” senior baseball player Ryan Pickell said. “Having a season helps bring back memories before the interrupted normal life we had right before March of 2020. I just want some closure to this unusual year. I’m excited to play with my team for one last time.” 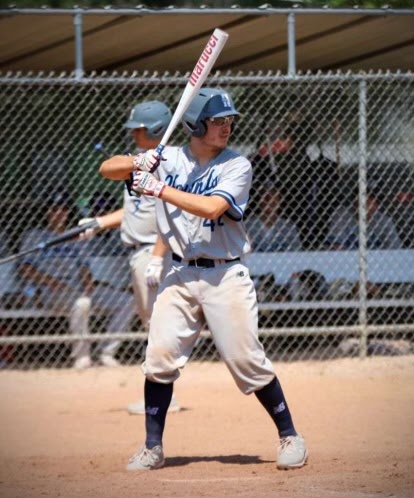 Gallery|4 Photos
Photo courtesy of Ryan Pickell
Senior Ryan Pickell keeps up with his summer league team the Hounds as he stays active and continues his preparation for the York season to come. “Going into the season I feel like we can have a strong showing despite the fact of the tough competition we face here in our level that we play at. We have had plenty of time to practice because we get out of school earlier and that gives us more time to prepare for the challenges that await us,” Pickell said.